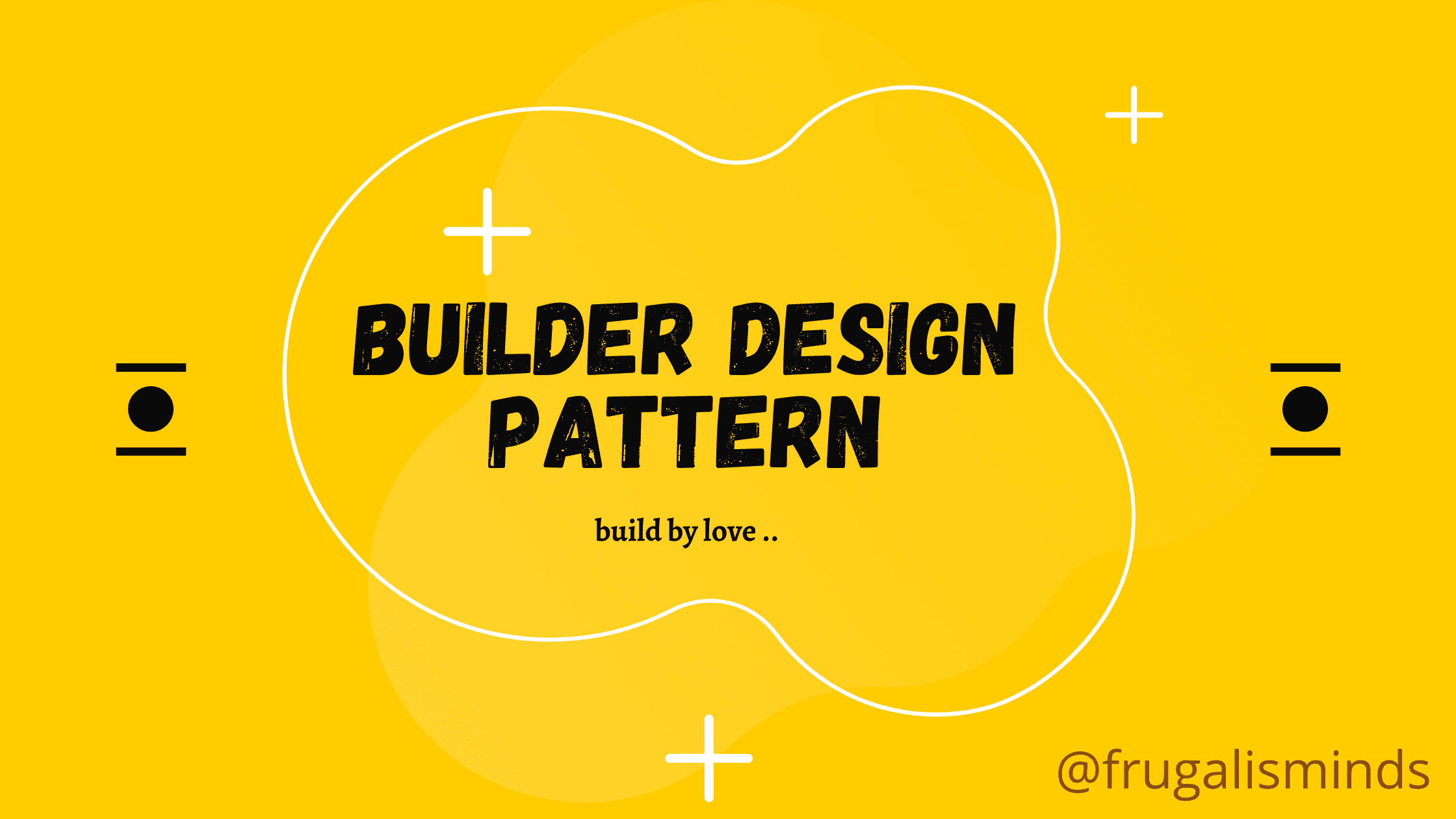 What is Builder Design Pattern ? Why we should care about it ?

Starting from Creational Design Pattern, so wikipedia says “creational design pattern are design pattern that deals with object creation mechanism, trying to create objects in manner that is suitable to the situation”.

Builder is one of the Creational Design Pattern.

When to consider the Builder Design Pattern ?

1. Complex Constructor : Multiple constructor having multiple parameters with nested Object. Let’s say you love Pizza (PS : I Love Burger ) . We might have encountered time in where we need customise Object(pizza).

This is called Telescoping Constructor Pattern and problem with this is once constructor have more than 4-5 arguments it is hard to remember the order of parameters. (Although some IDE solves this problems)

The Problem is with that Object is created on several calls, it may be in inconsistent state partway through its construction.

2. Large Number of Parameter – Having large number of parameters is also key point to consider.

3. Immutability – You could force the immutability to the object once it is done.

Let’s see any example and learn how to implement the builder pattern :

Convert to Builder Pattern : Let’s now add extra fields to the to the POJO and convert it into Builder Design. Create the static anonymous inner class name Builder to the POJO, why static because we want to return or use the current object. Add same fields of POJO and setter of each field with return type of Builder Class. Lastly add the build() method which will return the Object of our POJO.

So How was your Pizza, Keep Building, Keep Coding.

Connect with us at LinkedIn –