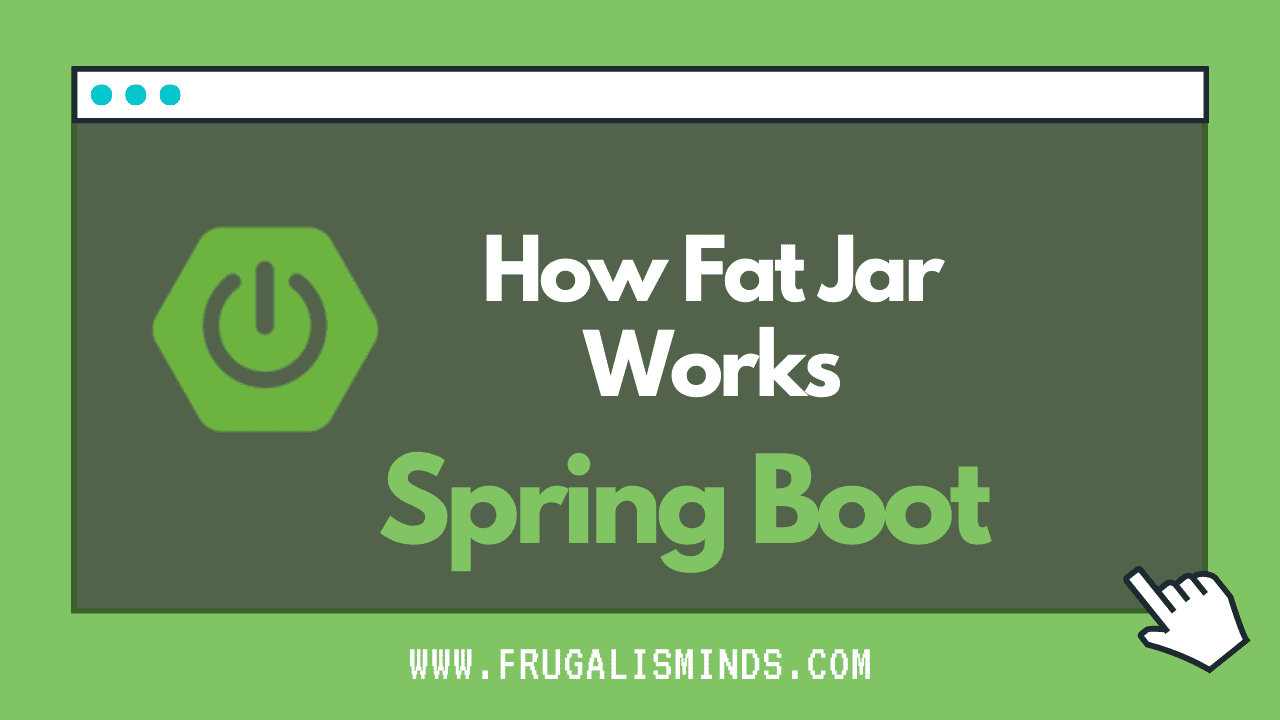 Over the years in web development there has been a lot of changes in the way we run , ship , and deploy spring boot applications . So Spring boot fat jar file is a pretty new concept in the modern era .

In my earlier development career when initial version of Spring was released we used to build and ship spring based projects and it used to take hell lot of time building jars and then deploy to an application server , but now server itself is packaged as a jar .

Fat jar is basically a concept of bundling jars.In spring boot applications the concept of fat jar is mostly used .The spring boot fat jar file has all the artifacts bundled together as jars so that it can be easily deployed and shipped .All the external and internal dependencies along with application level properties are bundled in one single jar.spring-boot-maven-plugin is responsible to carry out this huge task of packaging everything into a fat jar.

Spring Boot project is usually built as an executable JAR file by using a maven plugin that does all the dirty work . Have a look at how you can configure the maven plugin .

Now packaging all the jars into a single jar is not an easy process , because there could be conflicts in jar name , internal classes . So how this is done

In order to pack all jars in a single nested jar which is runnable using single command ,

The dependencies are renamed and the class files are relocated so that it can be bundled alongside with applications project code .It is basically packing of all the classes and and resources inside the dependent jars and packed them into a final runnable jars . This works fine in very simple scenarios but it becomes complicated when the class names are same and resources inside dependent or third party jars are same .

The concept of Uber is slightly different from shading. An Uber jar will contain all the application label classes as well as its  dependent jar or any third party jars into single packaging jar. It wont rename any of the jars rather it will package all jars and load classes from dependent jars or application classes as required .

Spring boot follows the same approach but lets have a look how does it arranges your application level classess , dependent libraries .

Hence it is always suggested to check your application by running using fat jars before pushing your changes .

While starting up spring boot loads BOOT-INF/Classess and BOOT-INF/lib to start the server . Loading of the classes and jars from both the locations is done by LaunchedURLClassLoader

But this doesn’t happens in case of any IDE ,all ide would load the classes in your package in the classpath then it loads any libraries or jars .Here spring has defined its own classloader . Have a look how we can define a custom classpath .

If you look at source code of LaunchedURLClassLoader ,which extends java.net.URLClassLoader . The url that we are passing is the folder and libraries path . Now when classes are scanned the classes are loaded and the first resource will be loaded .