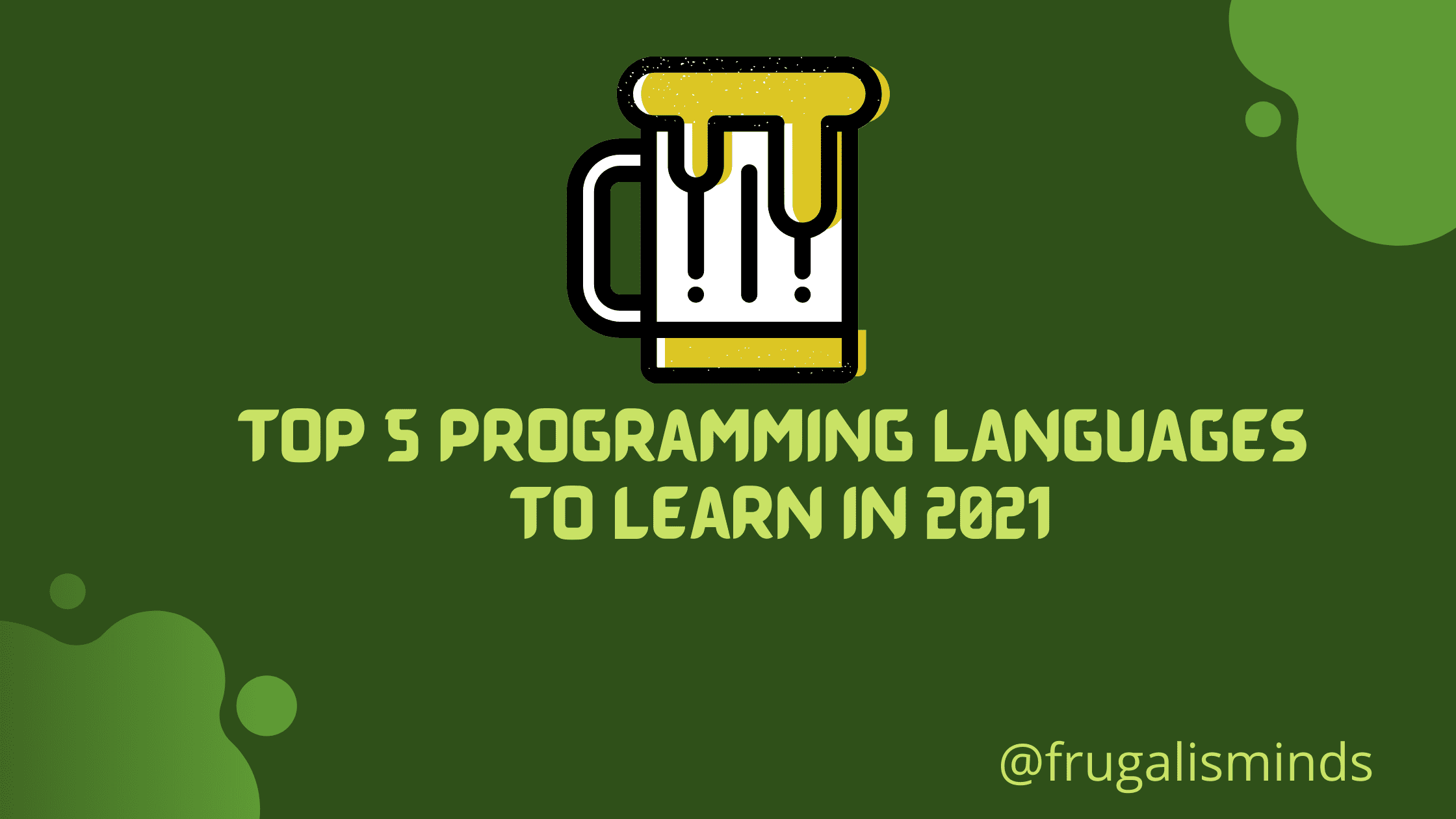 Top 5 Programming Languages to Learn in 2022

In this competitive market, to be able to compete and stay on top of everything is never easy. Today we are going to check out top 5 Programming languages to learn in 2022. It is completely based upon my experience with different developers and Google search trends.

We have to keep yourself updated to stay on the top of the latest trend of technology and business. There are so many programming languages present in the market, so deciding which one we must use for our business projects is becoming very tough.

We are listing popularity of some of the top languages based completely on our own research and discussion, using Google and Stack Overflow trends .

Python is one of the most widely used and fast-growing programming languages. Over the past 5 Years, it has grown pretty rapidly and became second most popular language.Learning Python is an added advantage for your career. Python is best for developing Web Frameworks, Tools and  Data Analytics. Python is easy to use, powerful, and versatile, making it a great choice for beginners. It allows you to think only about the code, it doesn’t have any mysterious syntax. Some of the big tech giants like Google, Microsoft, and Netflix uses Python for Web API and data analytics. In 2020 Survey from stack overflow Python Outranked java and become most popular programming languages .

Java is still most popular language among developers around the globe. Its an alternative to C++ and its the world on any programmer. For a programmer learning, Java is like learning ABCD  in childhood. Most of the programmers in today’s world learn and prefer to code in Java.

With the release of Java 6, It was soon thought that it is a dead language and its market started going down. People soon started thinking Scala and Python as the new age technology. But with the release of Java 9, it is back in the game. A lot of new features have been introduced and the learning curve has been redefined with the introduction of Jshell.

In Recent years javascript got a boom along with the introduction of Node.js. You can find JavaScript everywhere. One Language to rule, one language for the all. Netscape originally wanted to use JavaScript both client side and server side but that vision only came to fruition with the rise of Node.js. It has a huge repository of libraries that we can use for our projects including backend. It’s the only language in the market which supports both front-end and backend in a practical way. Technology evolves at a huge pace and Javascript has as well.Its potential for the future is massive with ES6 and ES7 features.

Php is mostly in use due to WordPress. Covering almost 80% of blogs built on WordPress, Php is most suited for Web development projects.You can use php to create e-commerce applications.It’s an open source language and very easy to learn and start. Suitable for any level of application.Hosting Php is cheap and easy compared to any web programming languages. php codes are much faster than java and ASP.

C# is a multi-paradigm programming language following objected oriented approach.Keeping in mind popularity of java it is developed as a rival of Java.We can use to create almost anything but is particularly strong at building Windows desktop applications and games. It has become increasingly popular for mobile apps and game development engines.It is also the 3rd largest community on stack overflow.

Some Users has commented on Facebook post , it looks like old trend .Here i am talking about core Programming languages not libraries .Please check the Screenshot below from StackOverflow Survey which matches my search and interaction with developers.Click here to check stack overflow developers survey and verify your thoughts as well. I have Given a list of languages that you must know in 2022.Visit my channel for More videos.