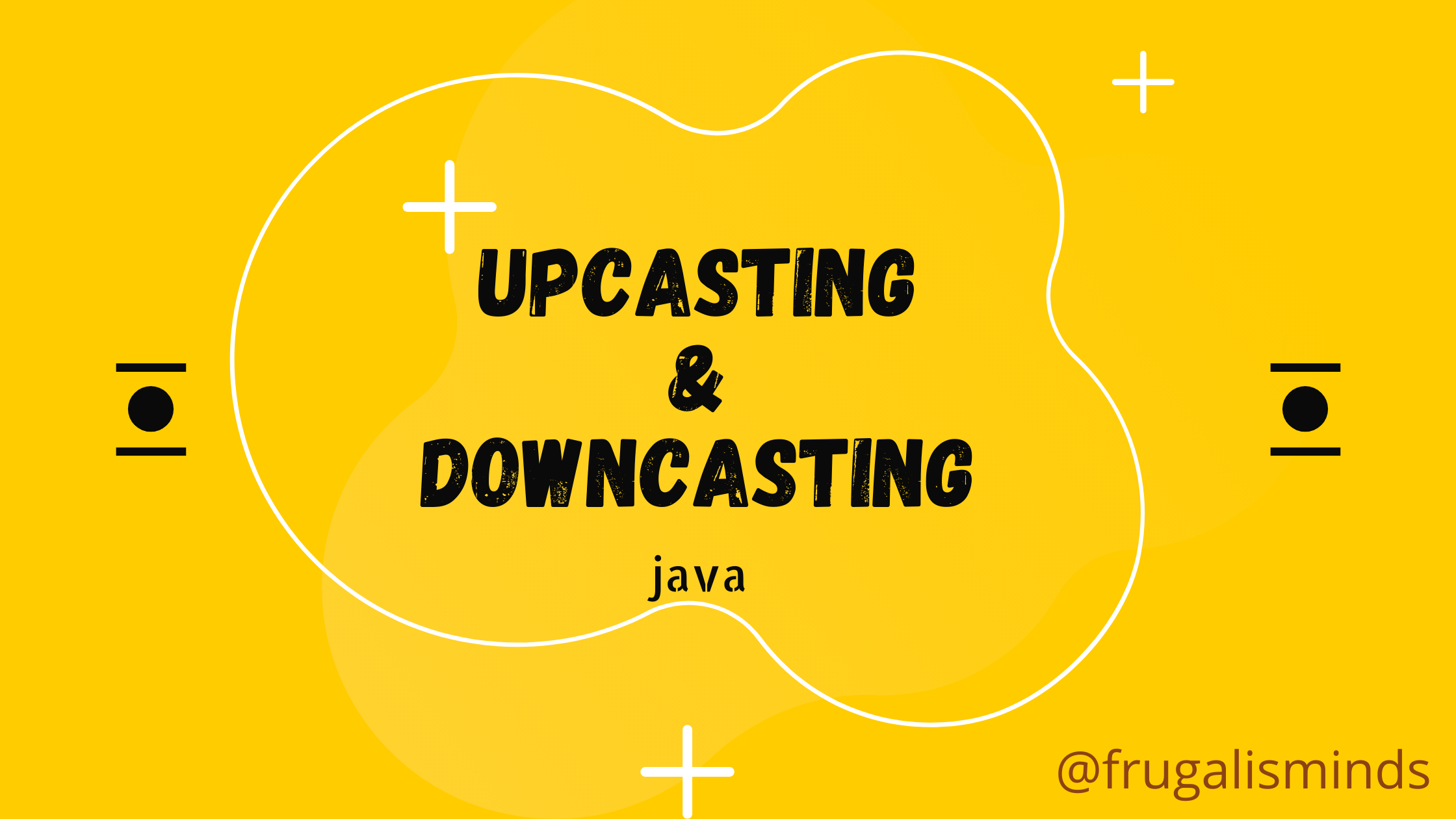 Upcasting and DownCasting In Java:-

It is one of the most popular interview questions in Java. We will talk about  Up casting and Down Casting in Java. Let’s have a look at the problem or rather question.

What would be the Output ? If you know the answer then i think you are not the target audience here and you can skip this post.

For Point 2 there will be a compilation Error as well as runtime error.

What is Upcasting & Downcasting Here:-

In your case, a cast from Man to an Animal is an upcast, because of a Man is-a Animal In general, you can upcast whenever there is an is-a relationship between two classes.

We will now resolve both the  Issues.

Here you Will get a ClassCastException The reason why is because animal‘s runtime type is,Animal .

Now at runtime, it performs the cast and it seems that animal isn’t really a Man and so throws a ClassCastException .

We can use the instanceof operator to check the runtime type of the object before performing the cast, which allows you to prevent ClassCastException.

Note: –We can use the instanceof operator to check the runtime type of the object before performing the cast, which allows you to prevent ClassCastException

We have basically done DownCasting here , thats the reason it looks messy and even not recommended in java to go for DownCasting . Lets Say if you have a cenario where you really want to go ahead with DownCasting in Java . You have to keep following point in mind

So the Updated and Corrected Code would look like,

So what happens here,

Basically, we are telling the compiler that we know runtime type of the object .Hence we don’t get a compilation error here.

There will not be any runtime error as , the cast is possible because at runtime animalis actually a Man even though the static type of animal is Animal.

Keep in mind , if there is an Inheritance with IS – A relationship we can do Upcasting in Java in every scenario.

Last Updated on 2 years by frugalis_blog